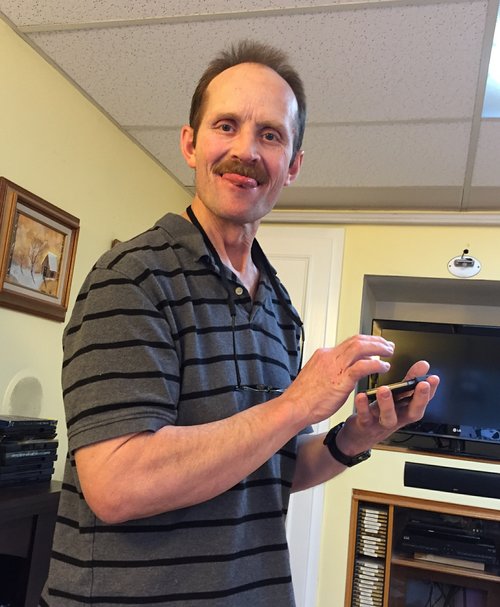 This will be the first Christmas that Tammi Hale spends without her husband Doug in over 30 years.

The 53-year old Vermont man, who suffered chronic pain from interstitial cystitis, committed suicide in October after his doctor abruptly cut him off from opioid pain medication.

“His primary care provider kept trying to wean him off his opioid therapy, which worked at higher doses,” says Tammi. “My husband ran out (of medication) early a few times, so the doctor cut him off completely one day. Six weeks later he took his life as no medical establishment would treat his chronic pain.”

We’re telling Doug Hale’s story, as we have those of other pain patients who’ve committed suicide, because their deaths have been ignored or lost in the public debate over the nation’s so-called opioid epidemic.  Patients who were safely taking high doses of opioids for years are suddenly being cutoff or tapered to lower doses. Some are being abandoned by their doctors.

“I believe it will get worse with time. The docs are simply more interested in not risking their licenses than in treating chronic pain,” Tammi wrote to Pain News Networkin a series of emails about her husband’s death.

Depression and suicidal thoughts are common for many people living with chronic pain and illness. According to a recent survey of over a thousand pain patients, nearly half have contemplated suicide. But the problem appears to have grown worse as physicians comply with the “voluntary” prescribing guidelines released in March by the Centers for Disease Control and Prevention, which have been adopted as law in several states. Many doctors now fear prosecution and loss of their medical licenses if they overprescribe opioids. Some have chosen not to prescribe them at all.

While federal and state authorities track the number of drug overdose deaths, no one seems to be following the number of patients who are dying by suicide or from cascading medical problems caused by untreated chronic pain. Some in the pain community call this “passive genocide.” Tammi Hale compares it to the Holocaust.

“The Nazis eliminated the sick and the weak first, right? Makes you wonder,” she says. “I realize my comments are harsh, but I believe the public needs to be aware of the dangers any one of us could be facing with this silent epidemic.”

Doug Hale began facing a life with intractable chronic pain in 1999, after a surgery left him with interstitial cystitis, a painful inflammation of the bladder. According to his wife, Doug tried physical therapy, antidepressants, epidurals, nerve blocks, TENS, cognitive behavioral therapy, and several different medications before finally turning to opioids for pain relief. High doses of methadone and oxycodone for breakthrough pain were found to be effective. But a few years ago, Doug’s primary care provider (PCP) started urging him to wean to a lower dose.

“It came to a head in May of 2016. The PCP gave Doug one month to wean completely from 120mg/day of methadone and 20 mg/day of oxy. We knew this was impossible.”

Tammi says Doug checked himself into a 7 day detox program, where he was weaned to 40 mg of methadone a day. The doctor agreed to prescribe that amount, but it was not enough to relieve Doug’s pain. He started taking extra doses.

“He ran out a week early in late August. The PCP abandoned Doug, stating ‘I’m not going to risk my license for you. The methadone clinic can deal with you.’”

But the methadone clinic refused to treat Doug because they saw him as a chronic pain patient, not as an addict. “Had he turned to street drugs they could have treated him, but because he didn’t break the rules they couldn’t help,” Tammi explained.

Doug tried to detox at home, which Tammi calls a “brutal” experience. On October 10th, after being turned down by other healthcare providers, Doug went to his former doctor one last time to beg for help and was refused. The doctor said again that he didn’t want to risk his license.

“Doug left the office still thrashing in pain and despondent,” Tammi recalls. “The next day, my dear, sweet thoughtful husband of 32 years; a father, son, brother, uncle, and friend, well loved by many, dragged a chair to a remote spot in our back yard. A spot we could not see from the house, the road, or by the neighbors.

“He shot himself in the head to escape his pain. He made sure we could still live in our home and not be plagued by gruesome memories. I just wish the medical establishment had an ounce of the compassion that he did.”

“Can’t take the chronic pain anymore. No one except my wife has helped me,” Doug wrote in a suicide note. “The doctors are mostly puppets trying to lower expenses, and (do not accept) any responsibility. Besides people will die and doctors have seen it all. So why help me.”

Tammi says she has been comforted by an outpouring of love and support from her family, friends and community. Doug’s suicide surprised many.

“Doug did make vague references about suicide during the summer due to the desperation and pain. He was just such a tough guy, he survived so much that my reaction, and others after the fact, was no. Not Doug. He’s like the bionic man. Too much of a warrior to give up,” said Tammi.

“At his memorial so many people commented on what an inspiration he was to them. To graciously bear the path of pain and his never-give-up attitude made them reevaluate their own daily issues. I guess you could say his legacy was love and to never quit.”

Tammi consulted with a medical malpractice attorney after Doug’s death, who told her the chances of winning a lawsuit against the doctor were slim. The cost of legal action would have also been prohibitive, after so many years of dealing with Doug’s medical expenses.

Tammi and Doug may never get their day in court, but she is determined to share his story in the hope that patients, doctors and regulators learn from it.

“My promise to him was to share with others. He was thrown away like a piece of trash, but his life and the life of all humans is precious.  All patients deserve to be treated respectfully,” she wrote. “Hopefully some changes will come in time before the holocaust grows too much larger.”