How Going Gluten-Free Helps with Fibromyalgia 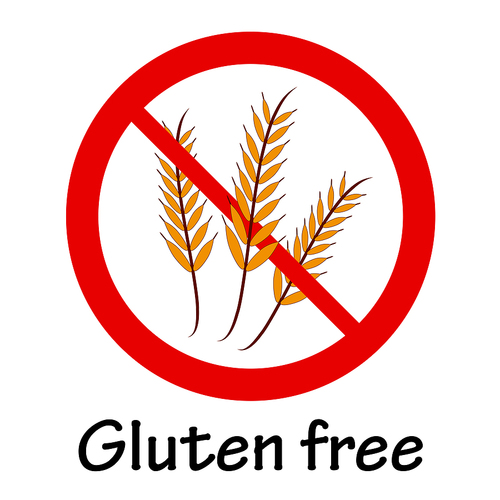 I know some of you probably rolled your eyes when you read the headline of this story. I know that because I used to do the same thing.

Since being diagnosed with fibromyalgia, I’ve heard countless people talk about how going gluten-free improved their symptoms.

Whenever I’d hear that, I’d always think the same thing: “Fibro can be a living hell of pain and fatigue and everything else. I’ve already given up part of my life because of this horrible condition. You want me to give up donuts and cake and yeast rolls too? Are you kidding me? My sweet treats are one of the only things that make life bearable!”

But then my new fibromyalgia doctor ordered me to go on a strict anti-inflammatory, gluten-free diet. During the first two months of the diet, I allowed myself one “cheat” meal a week, which usually involved emptying out the complimentary bread basket at my favorite restaurant or shoving half of a pizza down my throat.

My doctor wasn’t happy. He said I was just holding up my progress – that by reintroducing gluten every few days, my body didn’t have the opportunity to properly cleanse and heal – and that I would never feel the full effects of the anti-inflammatory diet until I cut out gluten for good.

In my gut, I knew he was right. I’d paid good money for his expertise, and here I was not following his protocol. So, on Thanksgiving, I concluded my meal with a slice of pumpkin pie, and I’ve been gluten free ever since.

After three weeks of no gluten, my daily pain levels had decreased. I was having more low pain days than usual, with my levels falling between 1-3 on the pain scale.

And then I messed up.

I was really tired one night and didn’t feel like cooking dinner. I asked my hubby if we could go out to eat at a new restaurant in town. It was the first time I’d dined out since becoming serious about going gluten free. I chose the salmon and veggies with a tarragon sauce. I thought I was making a good choice.

On the way home, I began having stomach cramps. I felt dizzy and nauseous. I knew I’d been exposed to gluten because I’d had these same gastrointestinal symptoms when I’d enjoyed my “cheat” meals previously.

The human body is so incredibly amazing to me. My doctor explained that when someone eats gluten every day, the body compensates as best it can. You may feel bloated or have acid reflux or feel extremely tired, but you’d never connect that to gluten exposure because it’s just part of your day-to-day existence. But when you detox from gluten for several weeks, and then reintroduce it, the body will often react strongly to gluten if you have sensitivity to it.

My reaction to that gluten-laden meal reminded me of when I quit smoking years ago. I quit several times before I was finally successful. Sometimes I’d go days without a cigarette, and when I’d resume my bad habit, those first couple of cigarettes would make me sick-as-a-dog nauseous. I recognized that it was my body’s way of telling me, “Stop it! I don’t like what you’re putting in me!”

And here I was, years later, with my body telling me again, “Stop it! I don’t like when you eat gluten!”

As a gluten-free newbie, it took me a few minutes to realize the tarragon sauce on the salmon must have been thickened with flour. I figured I would go to bed with a queasy stomach, sleep it off and that would be the end of it.

But two hours after eating that meal, I started to feel a humming, vibrating pain come over my entire body. My arms, back, legs, hips – everything – ached. It was that same old achy fibro pain that I’d been living with on and off for years, and I was completely miserable.

For the first time, I connected what I ate to how I felt, and I was shocked. Logically, I know eating breads, cookies, pastas and other gluten-laden foods aren’t good for me. They give me an energy boost, but then I crash, and I feel worse than before. I know they spike my blood sugar and that I shouldn’t eat them because I have a family history of diabetes. I know they make me fat and lethargic.

But I didn’t know they were increasing my pain. It was a wake-up call for me.

It turns out all of those fibromites who talk up the benefits of going gluten free might be right. Three small Spanish studies support anecdotal accounts from patients that gluten may increase fibromyalgia pain:

Yes, I know these are small studies, and none of them are double-blind with control groups. But what if? What if giving up cupcakes could reduce your pain, even just by one-third or one-half? That could be life-changing for many of us with fibro!

I’ve had one other episode where I was accidentally “glutened” at a restaurant. As with the salmon, I again felt gastrointestinal symptoms on the way home, and again, my pain levels increased for a day or two afterwards. I don’t think it was a coincidence.

I am a believer now in the benefits of going gluten free, and from here forward, I will be one of those annoying people on Facebook and in the online support groups who, when someone asks if anything helps with fibromyalgia symptoms, will chime in and say, “My pain is much better since going gluten-free.”

No one wants to hear that, and I get it! Giving up gluten is really hard. It seems like it’s in almost everything! And who wants to envision a life without birthday cake … without a juicy hamburger on a bun … without a slice of gooey cheese pizza … without Grandma’s homemade bread? I hate that my body has betrayed me like this – that it now identifies all of my favorite foods as the enemy and makes me pay for it.

But what I hate worse is living every day in increased pain. Knowing that I’m sensitive to gluten gives me a choice. It gives me power, to some degree, over my fibro symptoms. I can still have that slice of pumpkin pie at Thanksgiving, but I know it comes with a price.

Whenever I’m tempted to cheat on my diet, I ask myself, “Is it worth it?” And so far, the answer is no.

Donna Gregory Burch was diagnosed with fibromyalgia in 2014 after several years of unexplained symptoms. Donna writes about fibromyalgia research, treatments and other topics in her blog Fed Up with Fatigue, including a related post entitled “10 Great Websites for Going Gluten Free When You Have Fibromyalgia.”.

Donna is an award-winning journalist whose work has appeared online and in local newspapers and magazines throughout Virginia, Delaware and Pennsylvania. She lives in Delaware with her husband and their many fur babies.

The information in this column should not be considered as professional medical advice, diagnosis or treatment. It is for informational purposes only and represent the author’s opinions alone. It does not inherently express or reflect the views, opinions and/or positions of Pain News Network.

I have been suffering from fibromyalgia and depression among other things for years. I learned that I was allergic to several things, one of those things is Sulfites, preservatives found in most everything that is processed. This was about 10 years ago. So I eat fairly healthy, and am still obese, depressed and in pain. Last week I cut out dairy and wheat, which I ate very little of, but it has made a huge impact on how I feel. I have lost 9 pounds in less than a week, and my depression has lifted. I no longer feel overwhelmed by all of the tasks that I need to do around the house. My pain is less, and it is easier to move. I can breathe easier. I hope this continues to be the miracle it seems to be. This was the first Monday in so long that I feel good and ready for work. Usually I feel like crap and half the time have to call in sick. Probably because I eat things that I don’t over the work week that contain wheat and dairy.
I was so depressed last week, it just seemed that no one would help me. My husband has cancer and they all tell me it’s stress, wait until things get better. When your doctors give up on you, it makes you feel like you are going crazy. I went to a psychiatrist for my pain and weight problems for a year and I was still in pain, depressed and still fat. I did think I was crazy, with the mood swings, crying and angry all the time, with no motivation to clean my house, living in a mess. And no motivation to even talk to friends.
I hope this continues to help me! I am tired of being tired and in pain all the time.