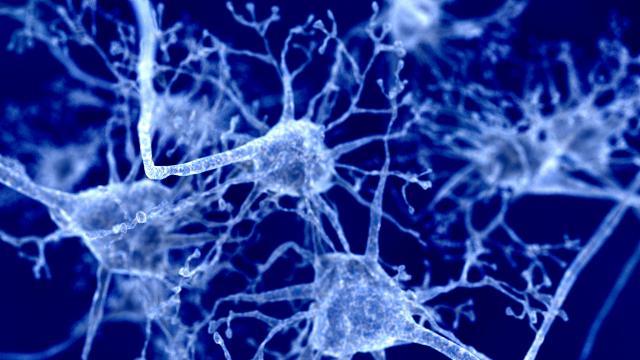 Problems with the peripheral nervous system in the body also exist. The nerve fibers that carry pain signals to the brain are overly activated, and some of the small, unmyelinated nerves in the skin and the eyes that carry sensory information to the spinal cord and brain are damaged in some patients.

The Cornea Nerve fiber Quantification and Construction of Phenotypes in Patients with Fibromyalgia study examined the small nerve fibers found in the cornea of the eye and did extensive pain testing to determine if the small fiber loss in the eye was correlated with pain levels elsewhere.

The pain tests examined whether FM patients were more sensitive to cold and heat, mechanically induced pain, vibration and pressure, and in the wind-up test, to see if when a painful stimulus was applied (a pin-prick), their pain sensitivity increased over time. Some of these tests were used to determine if “central sensitization” (cold pain threshold, mechanical pain threshold, mechanical pain sensitivity, allodynia and/or windup) was present.

There was no control group: the corneal fiber results were compared to referenced norms.

Corneal Nerve Problems……Check!
The nerve fibers in the corneas of the fibromyalgia patients’ eyes were shorter than normal in 44% of the patients, and nerve fiber density and branching was reduced in 10% and 20% of the patients, respectively. All told, just over 50% of the FM patients displayed one or more indications of small fiber pathology.

Quantitative Sensory Testing (QST)
The QST testing involved exposing FM patients to things like cold, heat, pressure, and pin-pricks. The results indicated that many patients showed signs of allodynia or increased pain sensitivity in one or more tests. In particular, FM patients showed a marked sensitivity to pressure tests.

Allodynia and Increased Sensitivity to Pain (% experiencing) – these tests measured the response to painful stimuli.

Sensitivity to Stimuli – these tests simply introduced a stimuli and then determined at which point FM patients noticed that stimuli. They found that a significant percentage of FM patients were less able to detect some stimuli than normal. This would make sense if they had fewer small nerves in their skin.

Increased Sensitivity to Stimuli – a few FM patients, on the other hand, were more sensitive to an allodynia test which measured if they could feel the slightest stimuli.

The cornea testing found evidence of small fiber pathology in 51% of patients, and the Small Nerve Fiber Screening List (SNFSL) questionnaires suggested that a small nerve pathology was highly likely in 56% of patients. The loss of small nerve fibers in the cornea of the eye was not, however, associated with pain levels in general, symptoms overall, or problems with central sensitization.

This suggests that the amount of pain the small fiber problems is causing is probably minimal compared to the other types of pain found in FM.

The QTEST detected intriguing patterns. Many people with FM experienced more pain than usual when confronted with a painful sensation, but a significant number of patients were less likely than normal to feel other kinds of sensations. Most notably, many FM patients exhibited a reduced ability to detect vibration. The reduced ability to detect all sorts of stimuli (most prominently vibration) found in a subset of FM patients, however, points to the presence of large fiber neuropathy.

A subgroup analysis suggested that fibromyalgia comes in all sorts of different flavors. For example, it indicated that “central sensitization” is not necessary to have in order to be in considerable pain.

One group of FM patients exhibited neither small fiber problems nor evidence of central sensitization. Their pain apparently derives from central nervous system dysfunction without the added layer of central sensitization. These patients did not, for instance, exhibit “wind-up” – a process taking place at the spinal cord, where repeated pain signals result in increased pain sensitivity. Nor were they more sensitive to pain evoked by cold, heat or pressure. These patients’ pain presumably derives from central nervous system processes that keep them in pain but do not render them more sensitive to outside painful stimuli; i.e. knocking one’s elbow or something does not cause them unusual amounts of pain.

Another group with small fiber pathology and no central sensitization probably experience pain symptoms related to their small fiber problems but do not experience increased pain when they knock something or injure themselves slightly.

Another group with no small fiber pathology and central sensitization probably don’t have small fiber symptoms but probably experience increased levels of pain when they have a small injury.

If the authors had added neuropathic pain to the mix, more combinations would have sprung up.

This study, then, suggests that fibromyalgia is not a pain disorder but is a collection of pain disorders perhaps overlain by a common central nervous system dysfunction. This dysfunction, they suggested, probably causes problems with pain in general, as well as fatigue, sleep, anxiety and cognitive problems in FM and in diseases like chronic fatigue syndrome (ME/CFS).

Promising Drug on the Horizon?

FM patients with small nerve pathology might benefit from immune agents, while those without small nerve problems might benefit from central nervous system acting drugs such as Lyrica. The authors noted that a drug they’ve used with success in patients with sarcoidosis and small fiber neuropathy called ARA 290 which restores peripheral nerve architecture could be helpful in FM patients with peripheral nerve problems. ARA 290 is the first drug focused totally on small fiber neuropathy.

A new class of drug, ARA 290 activates “innate repair receptors” and turns off cytokines, protects tissues in inflammatory environments from damage, and even promotes small nerve fiber repair. It may be able to help with both the pain and autonomic symptoms associated with SFN.  In laboratory studies it’s been able to reduce microglia activity, neuropathic pain, and allodynia. It’s been given fast-track status for the treatment of SFN associated with sarcoidosis. The orphan drug designation it recently received for the treatment of sarcoidosis should reduce the cost of Phase III trials.

Despite the finding that small nerve pathology does not increase central sensitization, the authors acknowledged that it’s still possible that an ongoing stream of pain signals emanating from the body to the brain is responsible for, or contributes to, the central nervous system problems found.

In the meantime, FM just got a bit more complex. It’s clearly a central pain disorder than can collect other types of pain disorders as well. Determining what kinds of pain you experience could give you a shot at finding better treatments.

About the Author: ProHealth is pleased to share information from Cort Johnson.  Cort has had myalgic encephalomyelitis /chronic fatigue syndrome for over 30 years. The founder of Phoenix Rising and Health Rising, he has contributed hundreds of blogs on chronic fatigue syndrome, fibromyalgia and their allied disorders over the past 10 years. Find more of Cort’s and other bloggers’