The interaction between autoimmune diseases and fibromyalgia 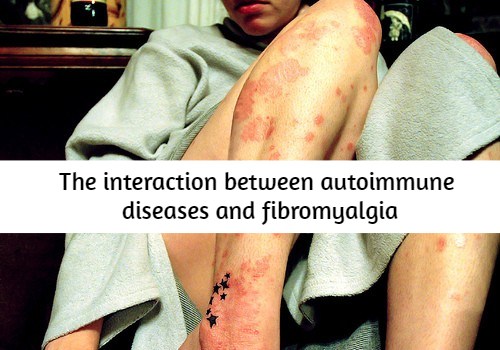 Fibromyalgia is a syndrome that causes chronic pain and hypersensitivity in the muscles. It can also cause pain in the tendons and ligaments. This condition affects 2-4 percent of women, and up to 25% of women who have rheumatoid arthritis, lupus and crohn’s disease, or Sjogren’s syndrome meet the criteria for diagnosis of fibromyalgia.

The cause of fibromyalgia is undetermined, but women with fibromyalgia might have greater pain sensitivities. This could be due to an imbalance of certain brain chemicals. Sometimes fibromyalgia is triggered by life experiences including physical injuries, autoimmune disease, emotional stress or hormonal changes.

The instances of depression also occur more in people with fibromyalgia. Women are twice as likely to develop depression as men, and women who have fibromyalgia experience depression in percentages of 40-70%.

Some of the other symptoms of FMS include sleep disruption, pain sensitivity, chronic fatigue syndrome, anxiety, memory issues, trouble concentrating, headaches and other issues.

The interaction between autoimmune diseases and fibromyalgia

Fibromyalgia is defined by the American College of Rheumatology as a person having a history of widespread pain in 4 quadrants of the body, and in the skill, backbone, ribs, chest, as well as experience of pain at 11 of 18 specific tender points on the neck, shoulders, back, hips and knees.

Autoimmune diseases with similar symptoms that can trigger FMS include crohn’s disease, lupus and rheumatoid arthritis.

Lupus is a disease that is leads to long-term chronic inflammation.

Crohn’s disease can spread into deep layers of bowel tissue, and can be extremely painful, sometimes life-threatening. The most commonly affected areas are the ileum of the small intestine and the colon.

There are various signs of Crohn’s disease that range from mild to severe and can flare up without any warnings. Diarrhea is very common in people who have Crohn’s disease. The colon is unable to absorb excess fluid produced, leading to diarrhea. Intestinal cramping is also a problem, and well as abdominal pain and cramping.

The bowel walls will sometimes swell and become scarred, causing difficulty with the digestive tract. Blood in the stool can cause inflamed tissue to bleed. Blood may be bright red in the toilet or dark blood streaks in the stool. Ulcers can also form in the intestinal walls.

Symptoms of Crohn’s disease that are similar to FMS include: fever, fatigue, and arthritis.

Lupus is a chronic inflammatory disease that causes the immune system to attack its own tissues and organs. This inflammation can affect many different body parts including joints, skin, brain, heart and others. Lupus is difficult to diagnose as its symptoms are similar to that of other diseases.

One common occurrence is a rash on the face that resembles a butterfly’s wings spread over both cheeks. The cause of lupus is differential, and it can be triggered by certain drugs, sunlight, or infections.

The condition of lupus may flare up at different times, and can include the symptoms of fatigue and fever, joint pain, stiffness and swelling, facial rash, headaches or confusion.

Fibromyalgia has many symptoms that involve chronic pain, in addition to fatigue and stiffness among others. About 2-4 percent of women develop fibromyalgia, and of those, 25% have been diagnosed with an autoimmune disease.

Exercise is a great way to strengthen and stretch muscles, and different exercise routines are recommended for those who have chronic pain. Low impact exercises are best, as they do not put added strain on joints.